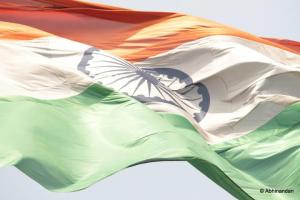 ” WE, THE PEOPLE OF INDIA, having solemnly resolved to constitute India into a SOVEREIGN SOCIALIST SECULAR DEMOCRATIC REPUBLIC and to secure to all its citizens: JUSTICE, social, economic and political; LIBERTY, of thought, expression, belief, faith and worship; EQUALITY of status and of opportunity; and to promote among them all FRATERNITY assuring the dignity of the individual and the unity and integrity of the Nation; IN OUR CONSTITUENT ASSEMBLY this twenty-sixth day of November, 1949,DO HEREBY ADOPT, ENACT AND GIVE TO OURSELVES THIS CONSTITUTION. ”

You would certainly have read this before in 5th Standard Civics… Remember!

Maybe you were too young to understand then, but now that you are old enough to read, can understand and choose your actions well – What do you do to uphold the constitution of India?

No; you do not have to read the constitution !

Just understanding the PREAMBLE and doing some little things at a very individual level should be enough – For now!

Let’s dissect : “WE, THE PEOPLE OF INDIA, having solemnly resolved to constitute India into a SOVEREIGN SOCIALIST SECULAR DEMOCRATIC REPUBLIC and to secure to all its citizens:”

Leaving everything aside, all Indians are alike and equal. Can we treat our fellow Indian’s that way? Or is it okay if a rich man has rights and a poor man gets ‘Rights to admission – Reserved!’ even on government offices?

In 1949, we agree to be good people who care for each other.

Are we really SOVEREIGN ?

“The people’s will is in theory –  sovereign”. When we rule India as Indians, free from the pressures and politics of the world by being righteous and real.

The simplest way of being sovereign is to be aware – Yes, there are problems, but mostly because people love what’s easy and not what is correct.

The right to speak and be heard, right to be who we are and do what we want to without discrimination; as long as it is not hurting anything. We find it confining but it allows us to marry across cast, creed and culture while the society may not agree.

Take away : To be sovereign, know your rights.

Are we  really SOCIALIST ?

Be it economical, political or even historical; socialism is simply the act of being co-operative for the greater good. I think of the freedom fighters often – they had their share of problems like we do but they came out in the open to disagree with what was incorrect. They came together disregarding all biases. Considering now we are free, it should be easier for us to do so. Isn’t it?

Unfortunately the act of winning is more to do with ensuring that others fail rather than working harder and running faster. Co-operation is not against competition but it sure does favour ‘fairness’ in thought and action.

Take away : To be a socialist, think for more than just yourself by doing something good towards fostering equality in India. Be it just once a month you teach underprivileged kids  or donate in cash or kind.

Are we really SECULAR ?

“Humanity has no religion, it is one” – Gates foundation press release

Secular is simply the lack of bias. Not only religious but also social, cultural and in 2012, adding economical is not a stretch. Upholding what is available to all by abiding with law above religion. Being an Indian above an Hindu, Muslim or Sikh. Propagating humanity and not gospel is the real act of god, I guess. Still how many of us are comfortable with the religions that we do not understand. For a country with a constitution that claims to be unbiased and secular; the largest opposition party openly claims to be religiously inclined and downright intolerant on matters on religious equality.

I totalled up all the major religion driven deaths post 1949 (TOI, Archives), it took me 2 hours( that is how high the count was! ) to find that 1450000 Indians have died in various attempts of riots, terrorism strikes, honour killing, socially compelled suicides and post event trauma for all of the above.

It’s funny how certain religious institutions in India gross more money in donation and returns on investments than what is the educational budget for this country with over 50% population under 18 years of age!

Take away : To be a secular, read more about history and religion, a aware mind is less likely to be superstitious. Have faith not because you have to but because you want to. All that any religion ever led people towards was a better and peaceful world to live in.

Are we really DEMOCRATIC?

‘Between death and dungeon what do I choose?’ Voters turnout across country in last general election was less than 60 % and we were proud of it. A local Gurgaon newspaper survey suggested that the turnout at exit poll for urban Gurgaon booths were 20-25 % only. Local’s when asked ‘why so?’; 29 % people said they did not want to choose either of the candidates. Democracy is about the right to choose, the right is there but the choices are limited to be somebody’s pet peeves.  Did you know that you could actually cast blank votes if you do not prefer any of the listed candidates and RTI can also give access to the number of such instances. There are three aspects that make us less of a democracy:

It is comic but real that a man is not more valuable than a 21 INR toll ticket for which he got killed.

Take away: It is slow cooked broth reduced over 65 years and is not going to change overnight. Fight the wrong by being aware. Start with the traffic rules by reading them on http://www.delhitrafficpolice.nic.in/ The only way to rebuild democracy is to rethink our actions. That includes accepting  fault when you make one!

Are we a REPUBLIC ; yet?

Republic noun state in which the supreme power rests in the body ofcitizens entitled to vote and is exercised by representatives chosen directly or indirectly by them.

How powerful is the citizen today and how much does he trust his elected representatives? I asked 15 people in family and friends to understand if they trust whoever they voted for last. I told myself that even if I get 1 person who says ‘Yes’, not all hope is lost! But as I expected, I could not manage 1 confident ‘Yes’. Instead, it opened a Pandora’s box of foul language and dissatisfaction. Need I say more.

Take away: The words that made us a republic (SOVEREIGN SOCIALIST SECULAR DEMOCRATIC) are not yet in action after 65 years of independence. 4 words we could not hold true in a country that boasts of the Longest constitution in the world. What you can do is start with the four words today!

We will talk later about the rest of the preamble later because the bruise from the first line will take a while to heal. Tell us what you think can you do at an individual level. Comment now!

3 thoughts on “Preamble – The real route to independence – Part 1”