It’s not vaguely under cover; how Indian politics shackles down progress. The budgets get weaker, the closer comes the elections. And a woman makes it her own right to change news and history to suit her taste.

I am a voter, but where is my choice? Or is it about living with a mistake? …One that I made last elections.

Questionably, is that what has become of what was meant to be a democracy – Of the people, By the people, For the people.

Somewhere in their hearts,people of India are burning of rage and are gripped by fear, a rage to change but in fear of the initial consequences. We have always had issues with the ‘Big Picture Perspective’ (Why else did the British manage to rule us?), haven’t we?

I know friends who did not vote – not because they were busy, but because they did not want to pick either of the nominees. With more than a billion people; that is how low we are on choice?

Frankly, it looked like dooms day for Indian politics about 3 years ago, misreported by the media(they need breaking news…), misinterpreted by the opposition (on purpose, just to slam), mismanaged by politicians (they only order in chaos is what makes to their bank accounts), misjudged by the voters (Fabricated facts can only create fabricated reality) and mislead by personal agendas (It is never about making India work, but about ‘Not’ upsetting a counted few).

Then a welcome change of wind came by, all of a sudden politicians were going to talk shows that were real and were asked the questions which the common man wanted to(E.g. The Big Fight). They were replying to e-mails and for the first time were answerable to the public. The public too was commendable and became assertive to a full. They asked questions now, not waited for the answers.

The RTI, Right to Information Act , 2005 – contributed tremendously in getting people to their own might. While it had been around for a while, people had now learnt to use it well.

That was the birth of progressive politics. A choice that all politicians are presented with in today’s world.

What is Progressive Politics?

In my view, the philosophy is about connecting with the real people even after the elections. Connecting for real issues and being responsible for solutions. It is about intention, a good one, for the country and it is very much visible.

The best I could define progressive politics would be: A state of politics were nominated members act as a medium of communication between the government and the common men and women of the constituency instead of being rulers, singular decision makers and power mongers.

How is Progressive Politics different from the regular politics?

The following factors should help you identify: 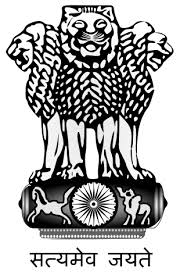 This is a welcome change in the way politics works in our country. I am certain, this is what the forefathers of democracy dreamt of.
Out of the politicians today in India, many have taken the route to progressive politics already.
The days of ‘we need change’ are gone and over. Now it is about supporting and standardizing this change. That is one area where I feel a lot work will be demanded.
But let me share with you why I feel this is the way forward – Change is constant. A lot of well established and repeatedly proved  management theories about change may give an insight to our situation. 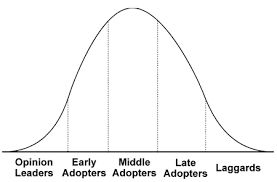 The situation of Progressive politics in India.
The figure on your left called the ‘Diffusion of innovation’ (Source:  Everett M. Rogers’ Diffusion of Innovations (1962).)
Let’s quickly understand the model in context to Indian progressive politics.
The  bottom terms represent the way Indian politicians will take up progressive politics and the curve represents the number of people in each category.
The height of the curve also represents the majority of public commitment  that a  particular groups’ effort will drive.
Just to add some more perspective in terms of progressive politics in India, here are some examples of the politicos who are into the muddle already –
Opinion Leaders – Sashi Tharoor,  Narendra Modi, Agatha Sangma
Early Adopters – Meera Sanyal, Rajeev Chandrasekhar, Naveen Jindal, Jyotiraditya Scindia
The names are my personal views only and may differ from yours. Another aspect of Progressive Politics is empathy and listening. A world where different opinions may live peacefully and co-exist. Feel free to share your views in the comments section below.
We are at a stage where the early adopters are still building up. The key here to understand will be, that social networking may be a good medium but is not Progressive politics.Social responsibility is.
The public is smart enough to spot who is here to play politics and get votes on twitter and who makes change happen – for real – even if it is through Facebook.
Mathematically there may be a few flaws in this alignment and it calls for a lot of research to find the real trends and do it justice. However, for me this analogy is just a lot of hope.And hope does not have to be mathematically correct. 🙂
The good news still is that CHANGE IS HERE. Knocking on the door. Chetan Bhagat (@chetan_bhagat) Tweeted yesterday
This was in response to an article by Chetan “Burning money in the sky,” in TOI 21 April 2012, , about the current state of  Air India.
While Chetan was heard from his article on the TOI, but a lot of us will not write articles or go out to protest. We could be next on the list of people who might be heard next.
Support progressive politics, politicians and processes. Support the change for those trying to be it!
– Abhinandan Chatterjee